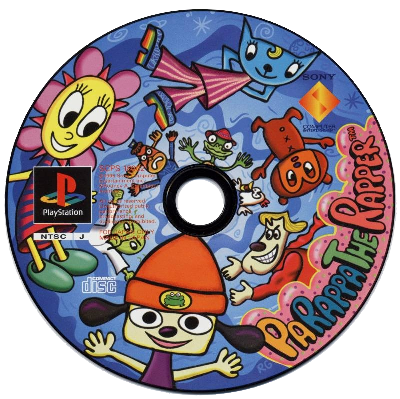 YIPEE WELCOME TO MY EDM ENJOYER LALAPALOOZA!! i'll mostly be talking about breakcore, my favorite breakcore artists, then some other prominent non-breakcore but still edm genres i'm into.

if you don't know what breakcore is, it's very.. loud. has a lot of amen breaks (think: the drums in the powerpuff girls opening), intricate breakbeats, and it's pretty fast as well.

my top 3 subgenres of breakcore are:

i actually got into breakcore from ytpmvs (that i have a whole favs page on hehe), which seems to be kinda common LOL? the ytpmv community LOVED renard's chiptune songs, and i watched this this specific ytpmv that got me wondering what the original song was... and it's been downhill ever since.

i don't support renard, i'm just going down memory lane. they're a weirdo fr, but i didn't know till YEARS after i got into their music! i've never and will never monetarily support them (their new music don't even slap like their old stuff, anyway) so tread lightly with them! now onto the good stuff:

i think the first alias of theirs i really got into was the quick brown fox, their speedcore alias. i specifically remember really loving 'louder louder louder' because i was 12 and into mlp. my fav TQBF album is definitely 'brutal rhythm rider' as a whole, though.

then i found bandetto, their more experimental breakcore/happy hardcore alias! they have so many good songs that i'd just suggest listening to their 'best selection' album. 'wav slave' is the first album of theirs i listened to though!

i'm unsure what genre their alias negaren was, but i wasn't that much into it besides this banger. some other bops id suggest are 'spaceship warlock' and 'roll the bass'!

they also have an alias named renard, who does breakcore/raggacore. THE ENTIRE 'BECAUSE MAYBE' ALBUM DEFINES MY MIDDLE SCHOOL YEARS. EVERY SONG IS GOOD. my absolute favorites from the album are 'go to the party', 'sinisterrrrrrr', and 'smoke tower'!

a random goodie from renard is 'intensive care unit' which is a very popular ytpmv song.

reizoko was like the japanese renard for me. while renard stuck mostly to western samples, reizoko used a lot anime samples i knew! i actually don't know most of reizoko's album by name as i started listened to them from this aptly titled video..... but their 'dark side' album is good! try the songs 't+' or 'you're gonna love my nuts' LMFAO

no cussing in my christian server !

gs's discocraphy is.. extensive.. with the quality going up and down with every album. theyre not bad at ALL, just 70% of their songs aren't super memorable for me! plus some of their annoying song names.......... fond of their 'goretrance x' album though! same random fav songs are 'hardcore bisnis', 'toromi hearts 2', and 'gabberzon!'.

so nice to find more raggacore artists, even if they do more anicore (aka lolicore, but i hate the name so i use anicore lol) and juke/footwork! 'i'll be crazy thinking of you' is good, and so is 'deadwork'.

anyone else I listen to, you can find in my breakcore-ish soundcloud playlist!

most definitely got into jersey club from that one we are young remix in the mid 2010s.

i've graduated from listening to most 'normie jersey club' and almost exclusively listen to the stuff from weird 20 somethings who don't even live in jersey on soundcloud. that's where you find the remixes of the weirdest things possible, my exact genre.

as the name states, it's club music straight from new jersey! so if you're not here to dance or shake ass, GO HOME!

this is a 'new' genre! it's very.. nightcore + ytpmv-ish + mashup-y + jersey club at times.. also been dubbed 'zoomercore' which would be quite correct.

dariacore also would fall under the hyperpop genre, which is essentially just breakcore for tiktok teens.

idk how to describe their genre.. obviously electronic but with such a distinct.. y2k-y vibe? feels very clean. But whatever, metaroom isn't the only person with this style, but they were the first i found!

its close enough to breakcore, but i never really got into dnb because its usually very.. slow. or theres just not enough going on for me. as always, soundcloud comes to the rescue!

bye2's music makes me feel like im trapped in a ps2 game. which is great actually! they even have a neocities as well, but here's their music anyways because i love it a lot !!